To survive the Game, Neku and Shiki decide to team up with Beat and Rhyme...

“Who needs friends! They laugh and talk like idiots and pretend to agree with you-- so you end up caring about them… exposing yourself… getting HURT... Screw it! We're better off without them! You want people in your way? Dragging you down? I don't! And I never said we were friends. You did! ”

The Reapers have the regular meeting in the Dead God's Pad. Kitaniji, tells the Game Master by proxy Higashizawa that he and the Composer have been discussing his promotion to full Game Master on a condition: Higashizawa leaves no Player unerased.

At 104, Neku wakes up to see Shiki, Beat, and Rhyme people-watching the crowds before the mission is sent. Shortly after, it comes through. The mission is to reach Towa Records, with no time limit. Rhyme points out Towa Records is a ten-minute walk from 104, and Neku suspects the Reapers have something up their sleeves.

Meanwhile, Uzuki is ranting to Kariya about how simple the mission is, and Kariya says that if it’s halfway through the Game, and they receive an easy mission, the Players will have their guards down. Uzuki and Kariya decide they’ll follow the Game Master’s orders and see how the day plays out.

Back at 104, Beat suggests Neku and Shiki race him and Rhyme to Towa Records and leaves before Neku can protest. Shiki notices Rhyme's pendant, an extremely rare pendant that Rhyme says is a present from her older brother, but Beat rushes her to come with him before she can say much more. Shiki asks Neku if they can take a side-trip, since they never agreed to race and don't have a time limit. Neku agrees, and Shiki takes him into 104 to do some shopping.

In the crowded 104, Shiki’s browsing is interrupted when some fangirls start crowding around local superstar Eiji Oiji. Eiji picks Neku out and insults his clothes, telling him he can’t coordinate brands or be trendy. Shiki teaches Neku about trends, her stuffed cat Mr. Mew, her best friend Eri, and her dreams to become a designer. Neku and Shiki leave for Towa Records.

Rhyme catches up with Beat, but notices a shark Noise trap under his feet. She pushes Beat out of the way, takes the hit, and is erased, leaving only her pendant on the ground. Kariya and Uzuki, who set the trap that erased Rhyme, tell Beat how he failed to protect her. They summon Noise, and leave. Neku and Shiki fight off the Noise, but before Beat can join in, Hanekoma appears and reminds Beat that Players without their partners only have seven minutes before being erased as well and forces Beat to come with him to keep him alive. As Beat leaves, he asks Neku and Shiki to avenge Rhyme.

After defeating the shark Noise, Neku says that they couldn’t save Rhyme because it was meant to be. They argue about friends and Neku says that nobody’s his friend, not even Rhyme and least of all Shiki, who he just sticks with to survive. Shiki calls Neku inhuman, and yells he’s no better than the Reapers. 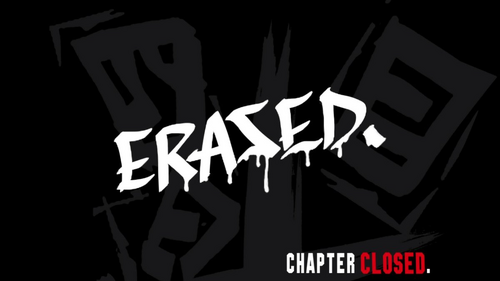 Start with talking to Beat and Rhyme: Beat will suggest a race and leave with Rhyme. After Shiki talks to Neku, move into 104 and after a conversation with the Prince, Shiki will teach Neku about trends, Mr. Mew, and her ambitions. After the cutscenes, there’s a chance to shop at the 104 stores, and after that, go into the Scramble Crossing.

On the first time playing the chapter, there will be a Pig Noise in the scramble. Defeat it, then walk over to the Reaper guarding Shibu Dept. Store and will let down the wall if he gets two 1,000 Yen pins. Fighting the Bigbanfrog on Normal will drop these. At the exit to Cadoi City in Shibu Dept. Store, another Reaper wants five 500 Yen pins. Collect them, move into Cadoi City, and talk to Beat and Rhyme. Go to Towa Records.

The Swing Shark fought at Towa Records will spawn with some weaker frog Noise - since the Swing Shark can eat these frogs to boost its stats, take down the weaker Noise before fighting the Swing Shark. Defeat it to finish the chapter.

Retrieved from "https://twewy.fandom.com/wiki/Week_1,_Day_4?oldid=42784"
Community content is available under CC-BY-SA unless otherwise noted.