Tigre Punks is the name of both the Brand and the pin. This article is about the Brand.

Tigre Punks is one of the 13 brands in the game. Tigre means Tiger in French, Spanish and Portuguese, and is the animal Tigre Punks represents in the Chinese Zodiac. Tigre Punks apparel features ripped and patchy punk gear, including mohawks, retro T-shirts, and puffy biker vests. Some of their pants are gothic punk style, and are used in making Lapin Angelique quest items. The multitude of straps and pouches on Tigre punks clothing makes it very distinctive. Tigre Punks pins are dark, mostly yellow, red, and black, and are modeled after the punk grunge art style.

Tigre Punks home store is located in Molco. Its shopkeeper is Nana Majima.

Tigre Punks pins generally attack nearby Noise with spinning slashes or by dragging Neku as an attack. There is also a line of health recovery pins. They feature designs with a lot of scribbles, scrapes, slopped paint, and spikes.

Tigre Punks features a number of very important threads that will make the game much easier. 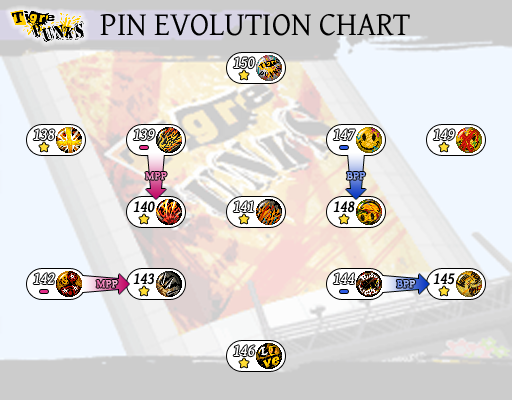 Retrieved from "https://twewy.fandom.com/wiki/Tigre_Punks?oldid=42145"
Community content is available under CC-BY-SA unless otherwise noted.