The World Ends with You -Solo Remix-

The World Ends with You -Solo Remix-

The World Ends with You -Solo Remix- is an iOS and Android port of The World Ends with You. The game was revealed on August 26, 2012, and was preceded by a website displaying a week-long countdown to create hype, with a different remix of an in-game song playing on the site each day. It was released the following day for iOS devices.

An Android port was released on June 25, 2014. However, -Solo Remix- was made unavailable for purchase for 64-bit device owners on the Google Play store on July 31, 2021. It is still available for 32-bit devices, or for 64-bit owners to re-download if they have already purchased it.

-Solo Remix- was used as the coding basis for the Nintendo Switch rerelease, The World Ends with You: Final Remix.

The story has been unchanged from the original other than a few edited lines of dialogue to reflect the new battle system. See the DS version page for story details.

Takeharu Ishimoto, composer of the original The World Ends with You, returned as composer for Solo Remix. Solo Remix incorporates six new tracks alongside the original's pre-existing tracks. The new tracks include Day 0, Tatakai, DTM, Jump Over Yourself, Twister -kingdom remix- and a new ending song named Runaway by Stephanie, which replaces Lullaby for You, the original ending song. Unlike Lullaby for You, there is no Japanese language edition of the song.

-Solo Remix- is generally considered to be a competent port of the DS version, although its introduction was marked with controversy, as many people thought the countdown was for a sequel which they would have to wait another 9 years for.

One debatable aspect of -Solo Remix- was the battle system, as many prefer the battle system of the DS version due to being able to play two "games" at once, although with the absence of the top screen, some have been able to enjoy -Solo Remix- more due to no longer having to glance up and down between the two screens, which many players originally found confusing and overwhelming.

There are some criticized aspects and drawbacks to this port. The NPC sprites look muddier compared to Neku and his partners, creating a more jarring look. Some battle quotes in the DS version were removed due to the absence of the light puck. Also due to the absence of the top screen, most top backgrounds (such as in battles) had to be removed so it is lost artwork.

Although it is debatable whether -Solo Remix- is superior than the DS version, it is generally agreed that Final Remix is better than -Solo Remix-. However, -Solo Remix- has still been praised for letting wider audiences who do not own dedicated gaming heldhelds to enjoy the game at a rather cheaper price point.

At the end of the secret ending (the ending once all secret reports are obtained), there is a single screenshot of Tsugumi Matsunae at the scramble crossing. This marked her first ever appearance in the series. She appeared again in the Nintendo Switch Port Final Remix and then finally appearing in the sequel an entire 9 years later from her first appearance in solo remix. Before the announcement of NEO: The World Ends with You, she was referred to by some fans as "Hype-Chan," due to the hype caused by the image. 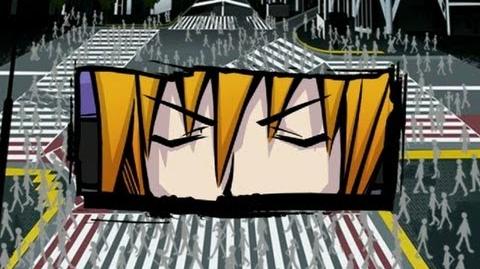 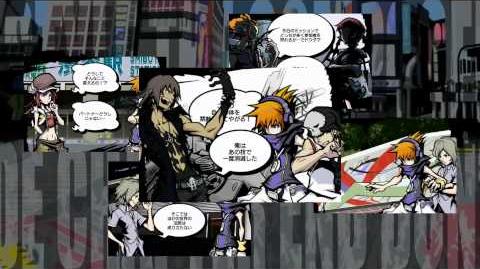 THE WORLD ENDS WITH YOU -Solo Remix- TGS 2012 Trailer