Pegaso is the name of both the Brand and the pin. This article is about the Brand.

Pegaso is one of the game's 13 brands. It represents the horse in the Chinese Zodiac. A high class brand, their main store in Shibuya is located in the expensive Shibu Department Store, selling dresses, suits, watches, and handbags at very high prices. It has also been mentioned in the game that the main store of Pegaso is located in Milan, Italy.

Most of Pegaso's pins follow a chess motif and are capable of lightning elemental-based attacks, with the exception of the projectile and psychokinesis pins. With the exception of Pegaso's psychokinesis pins, its attack pins are entirely negative. To reflect their origins of coming from a high class brand, many of their designs adopt gradients of blues, blacks and whites to present a royal feel, while its compositions make use of minimalist art for a modern touch.

While most Pegaso threads have high-level abilities, due to their over-the-top prices, the value-to-price cost is much lower than other brands. In early game, it is recommended not to pursue these items. 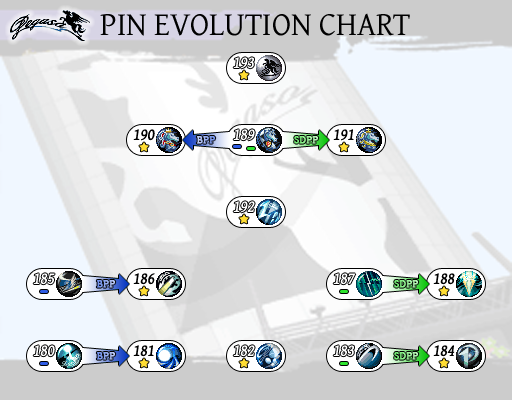 Retrieved from "https://twewy.fandom.com/wiki/Pegaso?oldid=42425"
Community content is available under CC-BY-SA unless otherwise noted.