Hip Snake is the name of both the Brand and the pin. This article is about the Brand.

Hip Snake is one of the game's 13 brands. It represents the snake in the Chinese Zodiac. The brand's style is modeled after the vintage "hip" clothing style from the 1970s, featuring old-fashioned coats, tees, and bell-bottom jeans.

Megumi Kitaniji's Noise forms, both Draco and Anguis Cantus drop Hip Snake, so it is implied that his preferred brand is Hip Snake, as his appearance also represents the vintage disco fashion. This is further reinforced by the fact that his headphones can be found in Towa Records, an area normally dominated by the Hip Snake brand.

Hip Snake pins are mostly negative psych and deal sustained damage instead of direct damage, but have the most variable abilities of status infliction on enemies, such as Immobilize, Attack Break, and HP Drain. Such sustained damage and status can be done by repeatedly touching or slashing on individual or groups of enemies.

While the brand is sold in stores that are "Hip"-themed, the Hip Snake brand doesn't have a true store of its own, although the Cosmic Corner in Dogenzaka can be considered as its "main" store.

Hip Snake features a number of exclusive psychs such as Rock Bind, Holy Light, Ignition, and Frostbite. Unfortunately, their unique psych do not make up for their underaverage stats the pins have. Because of this, these pins are better used as secondary, or support, pins.

With the poor stats, especially their generally poor efficiency and long charging time, Hip Snake pins a better used as status inflicting pins when one needs to inflict such statuses.

Like their pins, Hip Snake's threads include unique abilities but are not at all reliable in battle as they don't give as much stats. In some cases even, Hip Snake threads that increase the chance of status affliction can be easily traded for other kinds of abilities.

Hip Snake is therefore a brand that holds weak threads and may only be recommended if the player require such specialized abilities.

Zephyr's Sonata may be used on Joshua if one wants to achieve his more powerful aerial finisher more easily, but it comes at the price of difficulty in preforming finishers and passing the puck on enemy that can move out of the way quickly and are not stunned by his attacks. 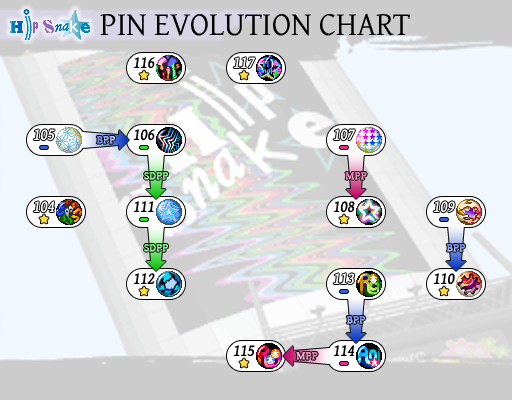 Retrieved from "https://twewy.fandom.com/wiki/Hip_Snake?oldid=41563"
Community content is available under CC-BY-SA unless otherwise noted.