The Drake is a family of Noise in The World Ends With You. It consists of Noise No. 45 to No. 48. They are one of the smaller families of Noise. 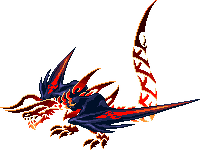 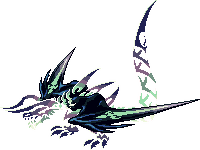 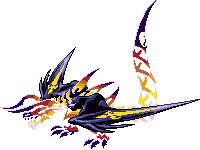 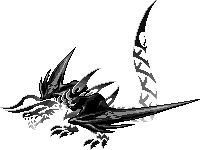 Drakes are quite large, easily taking a quarter screen worth of space. Because of this, it is not hard to land a hit on them, regardless of what psych you are using. On the top screen, your partner will be shown on the right side of the screen, with the Drake and other enemies on the left. They can be knocked back by psychs such as Shockwave, Lightning Arrester, etc. They can deal quite a lot of damage, so caution is advised.

Please note that if there are no other foes on the screen, and you're not fighting a Taboo Drake, a midair Joshua can not be hit while against this family except for Neoclassical Drake, except on really rare situations in which the fireballs he launches will go a bit higher than usual, knocking him from suspention.